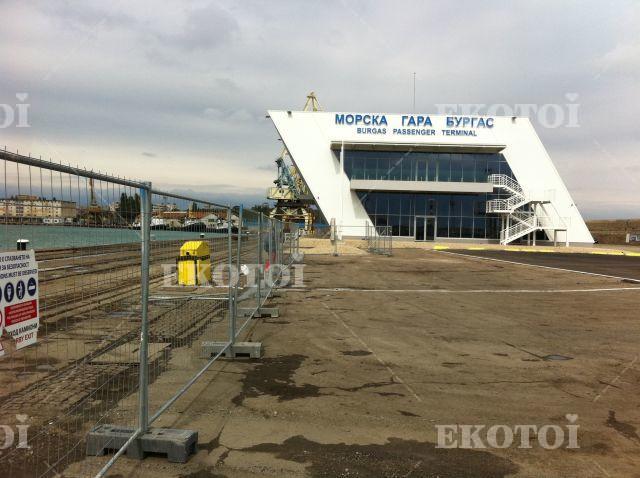 The first passenger port in Burgas was officially opened. The building of the Passenger Sea Port of town of Burgas began in March, as part of the large-scale project "Super Burgas - public access area". An area of 2 700 sq. m. was built up, and another terminal for the administration will be built by the beginning of the summer season in 2014.  The building is located along the length of the quay 18 m from the sea and consists of three modules.

The opening of a total of 6 entrances and exits to the Sea Park has been planned and the station itself will be connected with the rest of the area of the terminal by a newly built street.

The first cruise ship "Celebrity Constellation" arrived from Istanbul a day after the opening. 2000 passengers and 1500 crew members came down from it; the annual capacity of the station is about 100 000 people. EKOTOI provided a mobile crush barrier and a mobile lattice fence "M200" for everybody's safe and secure passage.